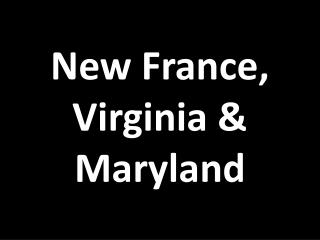 Southern Colonies - . who were the calverts ? a wealthy catholic family who founded the maryland colony. they wanted to

Maryland - . come and see what we have to offer. facts about maryland…. the first… post office system of the u.s.a

Maryland - . maryland ( mâr'ələnd ), one of the middle atlantic states of the united states. it is bounded by