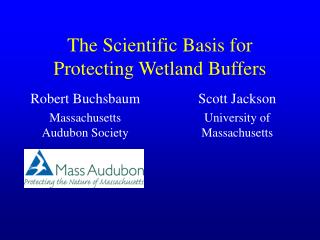 Wetlands and Their Protection in Concord - . public discussion on the need for a wetlands bylaw in concord. public

What is the appropriate balance between conventional treatment and environmental buffers? - Texas water development board