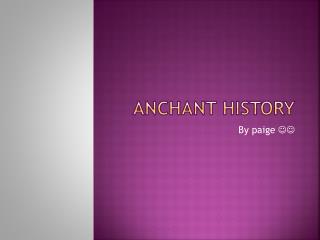 What is History? - . what is history?. a collection of names, dates, and events, arranged chronologically?. what is

Oral history - . ss10 oral history project workshop. where i am starting from…. why do we record “history”? how is

History As A Major - . about history majors. according to the registry of the national center for educational statistics,

The Evolution of History - . some background information. history does not stay the same – it changes constantly the

FSU HISTORY PROGRAM Department of Government and History - . welcome when choosing a major, we hope you will consider the