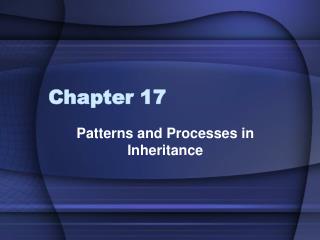 Chapter 17. Patterns and Processes in Inheritance. Chapter Concepts. Describe the evidence for segregation and the independent assortment of alleles Compare ratios and probabilities of genotypes and phenotypes for traits involving a single gene