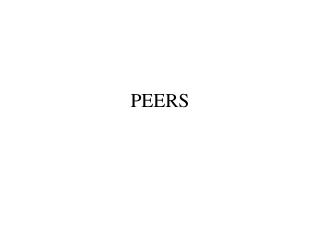 PEERS. Peers. Peers—Children or adolescents who are about the same age or maturity level. Benefits: Source of social support Serve as a source of comparison Source of experimentation and feedback. Statistics about Peers.