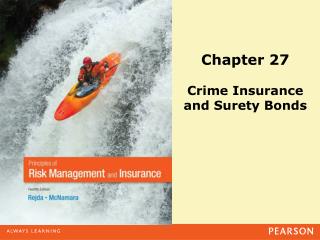 Surety Bonds - . the sensible choice for managing risk. can surety bonds help you?. how do you evaluate &amp; manage

SURETY BONDS 101 - . the basics of bonding. surety bonds. a surety bond is an instrument under which one party guarantees

Surety Bonds 101 - . the basics of bonding. surety bonds vs. traditional insurance. what is surety bonding?. principal.

What are Surety Bonds? - This post talks about different types of surety

BONDS, CRIME and PROPERTY - Sedgwick risk services on the behalf of the office of risk management. bonds, crime and

Crime Insurance - 2. topics of discussion. the need for crime insurancewhat is in your crime policy? erisawhat to do if

Five Points Suppliers Should Understand About Surety Bonds - It's seldom you get to compare two outstanding automobiles,