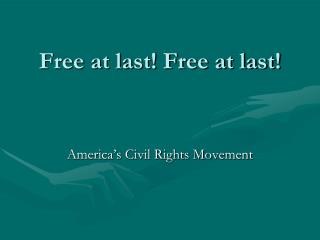 Free at last! Free at last!. America’s Civil Rights Movement. After WWII. After Hitler, America viewed racism as evil Black soldiers fought for America in the war but were denied basic freedoms at home Moral Free Space - . the term moral free space implies that it is right and proper for communities to self-define

Chapter 5 Context-free Languages - These class notes are based on material from our textbook, an introduction to formal

The Fall - . lesson aim to read genesis ch3 and explore what is known as 'the fall '. genesis - what's going on?.