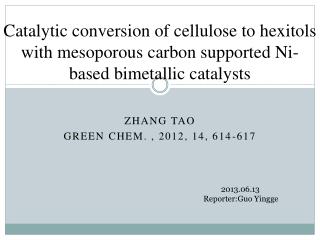 CHEM II: 9.4.12 - . objectives : i can follow the procedures and policies outlined in the syllabi i can reflect on who i

Zhang Fan - Feeling the stone when crossing the river: china ’ s efforts and achievements in promoting the rule of law. What is Green Chemistry? - . +. ?. =. green chemistry ?. sustainable chemistry chemical research and engineering that

Chem I - . semester 2 review. 2. all of the following are general characteristics of a substance in the liquid state

Gas Laws ch 13 Chem - . section 1 laws involving changing conditions of a gas. if one condition changes something else