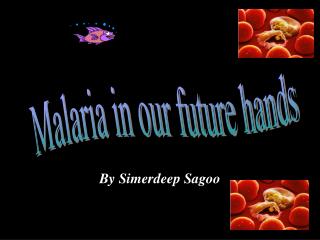 Malaria in our future hands . By Simerdeep Sagoo . Hopes of malaria vaccine by 2010 . Do we have malaria under control? The answer is “PROBABLY” as scientist predict that in the year 2010 there would be a vaccine to stop malaria. . The proof of this vaccine working??? .