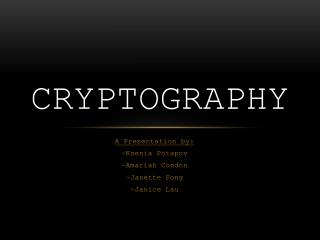 Cryptography - . cryptography is the science and art of transforming messages to make them secure and immune to attacks.

Introduction to Cryptography - . --- foundations of information and network security --- lecture 3. outline. why study