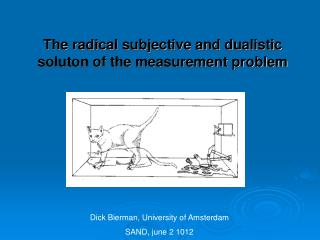 Explain the dualistic character of Indian economy and the problem of uneven income distribution. - Www.answersheets.in

Measurement and Analysis of Rural Household Income in a Dualistic Economy: The Case of South Africa - . johann kirsten

The Subjective and Physiological Nature of Emotions - . chapter 13. i. emotions and their subjective characteristics. a.

Subjective Well-Being and The Biology of the Mind - . consciousness and cognitive neuroscience group cognitive

The Radical Challenge - . why do it? let’s put the claims of the gospel to work this year let’s be challenged to be

The Radical Fringe - . • patriarchy requires a radical reordering of society. • family is the basic unit in the

Radical Days of the Revolution - . by austin aguinaldo. the monarchy is abolished. tensions lead to violence august 10,