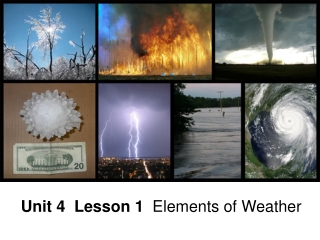 Unit 4: Lesson 1 - . what is an adjective?. objectives. students will: identify adjectives and the nouns they describe.

Unit 1 Lesson 4 - . let’s review distributive property classify numbers order of operations. “i can…”. …i can

Unit 4 Lesson 1 - . waves. what are waves?. a medium is the material through which a wave can travel. a

Module 1 – Unit 1 – Lesson 4 - . engaging the reader: we learn more about ha by how she speaks about the papaya tree

Stakeholders Unit 1 Lesson 4 - . what we will do today. understand the term stakeholders identify different groups of

Unit 1: Elements - . introduction . why music? what are some of the abstract qualities that draw us to music?. music in