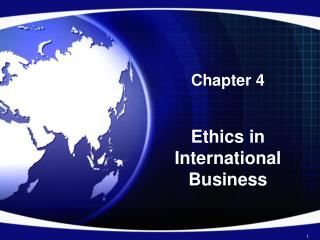 The Strategy of International Business - . 8. introduction the focus is on the firm itself and, in particular, on the

Chapter 11 The Strategy of International Business - . introduction . what actions can managers take to compete more