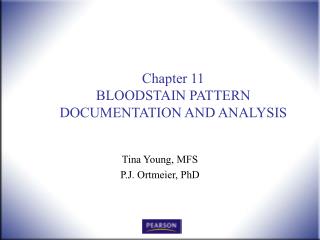 Chapter 11 BLOODSTAIN PATTERN DOCUMENTATION AND ANALYSIS. Tina Young, MFS P.J. Ortmeier, PhD. Bloodstain Pattern Expert Education and Training. A BPE may have experience as a sworn peace officer, forensic technician or have formal education in the physical sciences or medicine.

Documentation and Communication - . opening case. documentation. warm up your pens. perry is having chest pain. perry is

HAPTER 3 - . systems development and documentation techniques. introduction. questions to be addressed in this chapter

View Based Documentation of Software Architectures from “views and beyond “ by Clements and lots of people - . uses

Pattern-Blocks - . explore individually using the pattern blocks at your table. reflect on what your students might