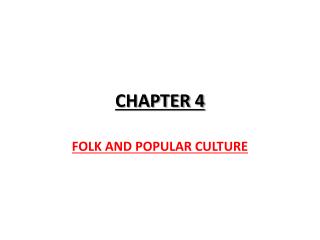 CHAPTER 4. FOLK AND POPULAR CULTURE. WHAT IS CULTURE?. Describe, in as much detail as possible, a typical Friday (from the time you get out of bed until you go to bed). CULTURE….