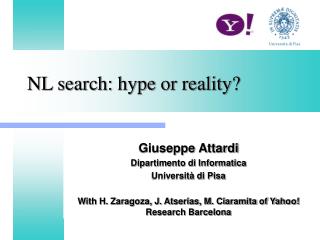 The MultiMedia Home Platform (MHP): Hype or Reality ? - . structure of the presentation. 1. the dvb project

The GRID – Hype or Reality? - . roger barlow manchester and stanford university. what is the grid? problems and tools