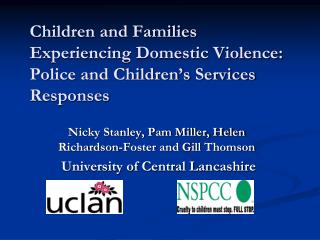 Desired Results for Children and Families - . a project of the california department of education, early education and

THE SOCIAL CAUSES OF PARTNER VIOLENCE - . male dominance in families and society high level of conflict in families Pray for Our Children, Our Youth, and Our Families - . &quot;children are an heritage of the lord&quot; (psalm