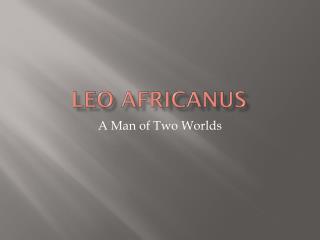 D.3.6 State that, at various stages in hominid evolution, several species may have coexisted. - D.3.6 state that, at

Octavian, Augustus, and the Fall of the Republic - . 218 – 202: the second punic war. hannibal is defeated at zama by

DON AFRICANA CENTRAL REFERENCE LIBRARY : A BRIEF OVERVIEW - . background. it was named after david don who was born in

SONGHAI - Use your empires chart to take notes on when where leaders religion trade decline. remember the words in bold

Warm Up / Agenda - . who were the two leaders in the mali empire? what was mansa musa famous for?. sundiata took trade,