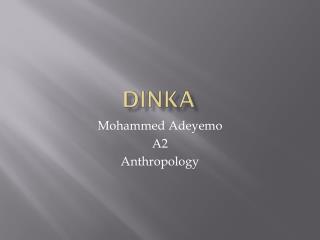 Background – Why the Refugees and where are they from. Presented by Lara - Civil war in northern africa caused by

Hello, Welcome!! - . hope dries the tears on the cheek of woe. a saying from dinka tribe. story of perseverance. john

Life and traditional Masai tribe - . hello! my name is yacari and i am of masai tribe. i will present my story lifes and

Sudan - . answer the following question in your notes:. imagine you are coming to america for the first time and have no