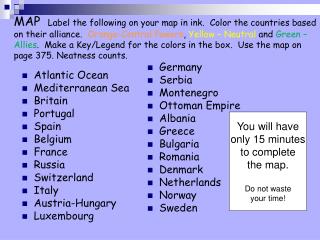 Global distribution of heat - . text. spectra of incoming vs. outgoing radiation. text. heat loss and gain from the

A Troubled Continent - . a troubled continent . main idea : western europe was devastated by war in the 1300’s and

Age of Exploration - . line of demarcation established in the treaty of tordesillas as a result of the rivalry between