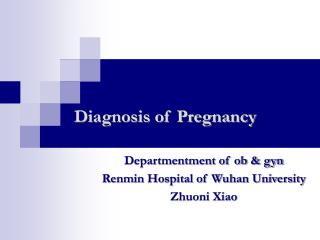 The Diagnosis of Pregnancy - The whole period of pregnancy can be divided into three stages:. the first trimester (early

Vaginal Bleeding in Late Pregnancy - . objectives. identify major causes of vaginal bleeding in the second half of