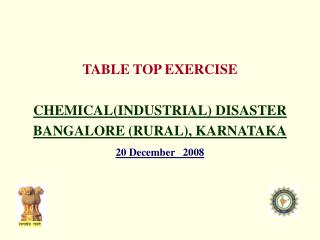 Tornado Table Top Exercise - . rules. this exercise is meant for entire group participation this is a no-fault