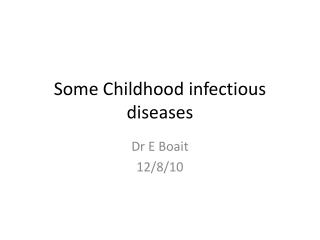 Infectious Diseases (Communicable diseases) - . start with an activity. what does infectious mean? how many infectious

RUBELLA - . rubella is a mild but very contagious viral illness. other names for rubella are german measles and three-day