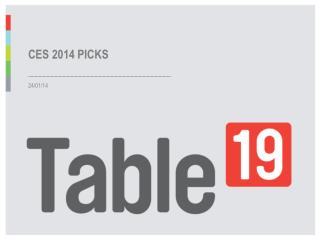 Our Top Picks from this year's Consumer Electronics Show

PECL Picks - . extensions to make your life better. who am i?. elizabeth marie smith aka auroraeosrose pink is good i