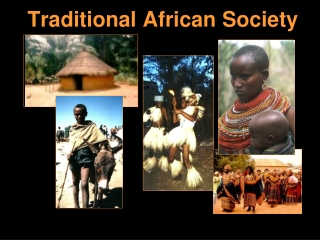 Traditional African Society - . what is culture?. what are some unique aspects of our culture?. tradition societies.

African Society - . great empires. focus question. identify, in one or two words, the reason why you would get married.

African Traditional Medicine - Hippocrates lived about 2,500 years ago. the interpretation of his quote is that the ideal

African Traditional Medicine - Welcome to african traditional medicine site.this website has the objective of telling the

Mens Traditional African Dashikis | Africa Blooms - Are you looking for dashiki for men? africa blooms is the online

Know About the African Traditional Clothing - African farasha kaftan with tie is made with material used is 100% cotton.