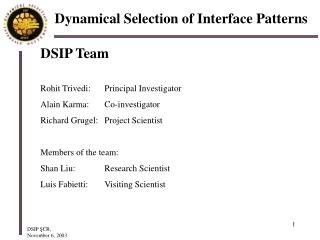 DICOVER THE INVESTIGATOR IN YOU - . the number one destination for real-life mystery and suspense

Chapter 1 “ Criminal Investigation- Characteristics of an Effective Investigator - . a good investigators is

Spirituality, Karma, and the Law of Attraction - . dennis blejer school of practical philosophy and meditation, boston

The Relationship Between Participant &amp; Investigator - . many investigations create a social situation involving