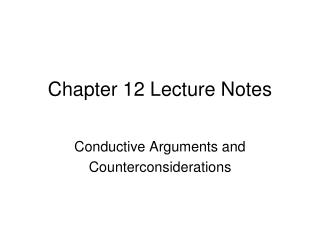 README - . lecture notes will be animated by clicks. each click will indicate pause for audience to observe slide. on