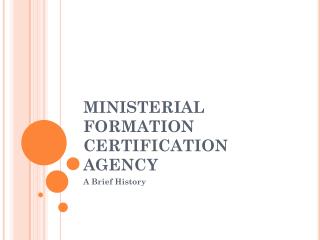 Ministerial Transition - . fritz is leaving. what will we do?. there’s help!. the unitarian universalist association

Ministerial Responsibility - . this is the doctrine that the government is responsible to parliament.there are 2