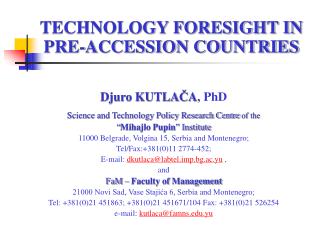 Countries as ranked by GDP - Russia and the eurasian republics. the largest region we will study, spanning two continents

unite and deliver effective support for countries - . 2011 survey on monitoring the paris declaration indicators 3, 5a,

THE PROVIDENCE OF GOD - . the providence of god. &quot;the foresight and forethought of the infinite god who planned

Evaluation and Evidence: Applying guidelines for health IT evaluation in developed and developing countries - . nicolette

Technology - . tools for change. module objectives. describe change including technology and how it affects the

Cancer Prevention in Egypt : What can be done in low income countries - . by:. hussein m. khaled prof. of medical

Polygamy - . polygamy is illegal in the united states and in european countries. however, it is legal --even preferred--

The Technology Department - What is technology and what do technology students do? by dr. cliff mirman chair, technology