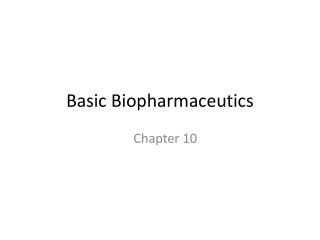 Basic Biopharmaceutics. Chapter 10. Biopharmaceutics. The study of the factors associated with drug products and physiological processes, and the resulting systemic concentration of the drugs. How Drugs Work. Drugs produce either desired or undesired effects on the body. BIOPHARMACEUTICS - . introduction to bipharmaceutics:. biopharmaceutics: the study of how the physicochemical properties

Basic - . paye calculations. steps in calculating p.a.y.e. calculate the gross pay for the pay period . refer to the