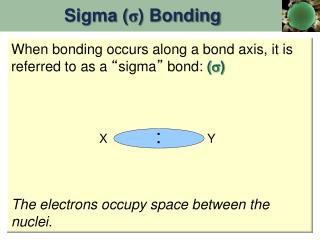 Sigma and Pi bonding - . sigma ( σ ) bond. sigma bond is in the same axis as the axis between the nuclei of bonding