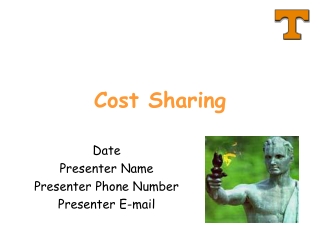 Cost Sharing on Contracts and Grants - . october 16, 2001. terms and definitions. direct costs: costs that can be

9. Linking and Sharing - . 9.1 single-copy sharing why share requirements for sharing linking and sharing 9.2 sharing in

Remodeling - Viva’s view of the big deal, cost sharing, and cooperative collection management; why sometimes having

Cost Sharing…What It Is, How It’s Processed and What That Means To You… - . school of social work auditorium march

Unit4 Sharing - . sharing. share: to have, use, pay, or take part in something with others among a group rather than