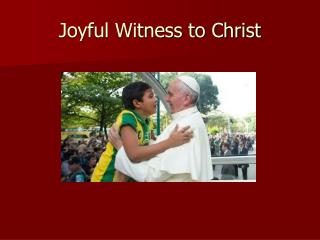 Christ and the Tabernacle - . the tabernacle. tabernacle defined: - “tent”, “place of dwelling” or

Tips in Our Witness To Others: How To Infiltrate Into Their Thinking - . www.meeknessandtruth.org. barriers to removing

The Anti-Christ - . how will we know him???. who is he???. for millennia people have talked about him and the mysterious

Festivals &amp; Holidays - Christmas christmas is the time when christians around the world celebrate the birth of