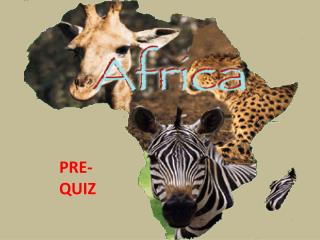 AFRICA. PRE-QUIZ. SOUTH AFRICA (1910). SOUTH AFRICAN TIMELINE. Put the following in order and write a 1-2 line summary of each Creation of the Union of South Africa Establishment of first Dutch colony at the Cape of Good Hope British ships land at the Cape and annex the Dutch colony Africa - . africa. during the middle age: africa had got well cultivated fields, peaceful villages. from 16th to 19th:

Africa - . chapters 13,14, and 15. nigeria. mangrove  a tropical tree with roots that extend both above and beneath

Africa - . geography. nile river. the nile river contributes to the agriculture in the area surrounding it. sahel region.

Africa - . shaka warred against british imperialists. the diaspora, imperialism, and independence: 1550-1964. themes in

Africa - . economy. different economic systems. traditional most decisions made based on customs, traditions, and habits