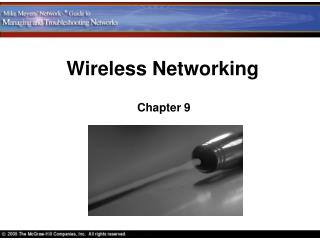 WIRELESS TECHNOLOGIES - . after completion of this chapter, you should be able to : describe wireless technology describe

Wireless Security - . 802.11 with a focus on security by brian lee takehiro takahashi. survey (1). do you have wireless