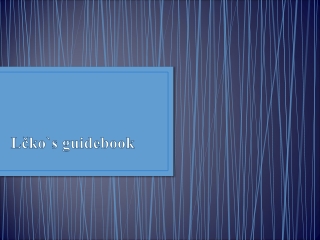 L čko `s guidebook. Lčko made a guide book about Belgrade (Serbia). It`s for other foreign students who are interested in visiting Serbia in the future. Home life. If you stay with a Serbian family, what will life be like?