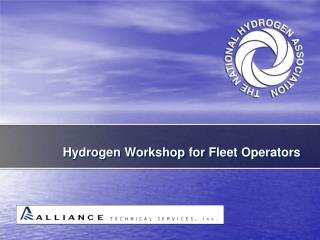 Hydrogen Generator for producing hydrogen - Hydrogen is extensively used in the area of environmental preservation. it is

Harnessing Hydrogen for Power: Hydrogen Cars - . marisa katz hannah lobingier. what exactly is a hydrogen car. in a

Genetic Operators for TSP - . chapter 8 in michalewicz and fogel, how to solve it: modern heuristics , springer, 2000.

SMS for Small Operators - . focus on safety risk management &amp; safety assurance. the following is an excerpt from