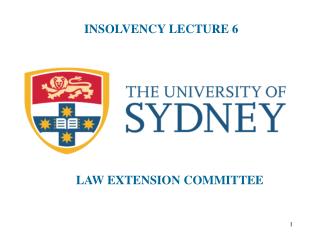 INSOLVENCY LECTURE 6. LAW EXTENSION COMMITTEE. ASSETS AVAILABLE TO THE LIQUIDATOR. The liquidator is entitled to all assets that belong to the company at the commencement of the winding up - Section 474 (1).