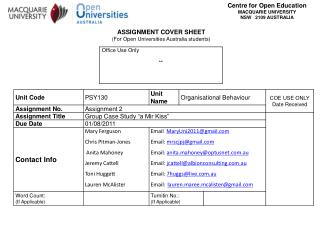 Study in Australia - Krishna consultants is the one stop solution for all your overseas education needs. we offer free

Treatment of Word retrieval impairments: Do we know which tasks work for whom and why? - . associate professor lyndsey

Why Australia? - . are you looking for an international education?. do you want a quality lifestyle?. gain a life-time