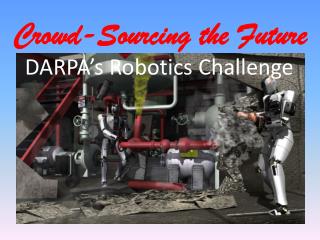 The Power of Crowdsourcing: What can (and cannot) be predicted with social Media - . cs 315 – web search and data

Generative Models for Crowdsourced Data - . outline. what is crowdsourcing ? modeling the labeling process example with