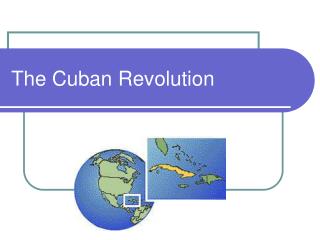 The Cuban Missile Crisis - . memo from the cia on the bay of pigs invasion (1961). j.d. esterline became director of a

Texas Revolution Timeline - . put the following in order on your timeline. be sure to include the date. siege of the

Cuba - . by: matt maddox period 7. introduction. the country is c uba the capital of cuba is havana the major language in

Unanswered Questions from the Cuban Missile Crisis - . harvard september 2012. overarching questions. 1. why were the

What were the main causes of the Cuban Missile Crisis of 1962? - . learning objective – to understand what caused the