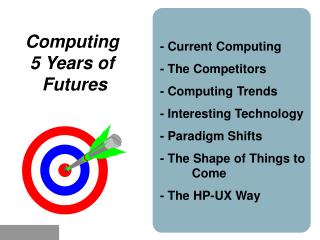 HP-UX will dominate the world

HP-UX will dominate the world

One-to-One Computing for EHS (and other technology needs) - . presentation from the earlham schools improvement

Theories &amp; Methods of Anthropology - . part one: building the discipline. evolutionism. aim: why did evolutionism