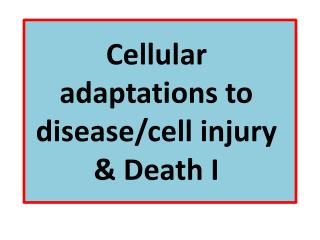 Section 1 Cellular Adaptations - . cells must constantly adapt, even under normal conditions, to changes in their