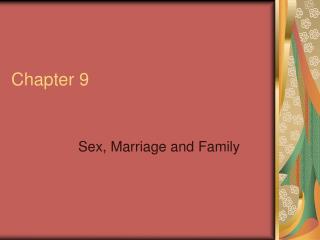 Chapter 9. Sex, Marriage and Family. Trobrianders. To attract lovers, young Trobriand men and woman must look as attractive and seductive as possible. This woman’s beauty has been enhanced by face painting and adornments given by her father. Sexual Relations.