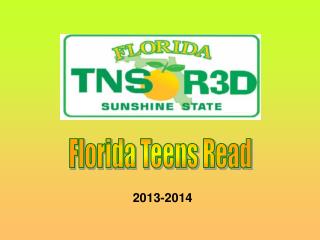 2013-2014. Florida Teens Read. Florida Teens Read Program. An exciting reading program for Teens! How do students participate?. Students read from a list of 15 books that are nominated by media specialists, teacher, and teens from across the state.