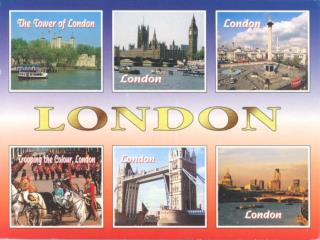 LONDON. 1. LONDON. The capital of the U.K London is the biggest city in Britain and in Europe It has a population of 7,172,036 (2001) It is situated in the southeast of England. London was the first city in the world to have an underground railway, known as the Tube. London - Monuments and places. london. piccadilly circus. a square that is the symbol and the heart of london. the statue

LONDON - . big ben is the nickname for the great bell of the clock at the north end of the palace of westminster in

LONDON - . london is the capital city of england and the uk. the main river is the

London! - . some facts about l ondon. the new wembley stadium is the largest football stadium in the world. london has

London - . london is the capital city of england and the united kingdom , the largest metropolitan area in the united

London - Is the capital of great britain. it is a very old city. it is two thousand years old. london is not only the

LONDON ! - . made by: elena guindal nerea fernández laura pintado sara sánchez. united k ingdom. it is the capital of