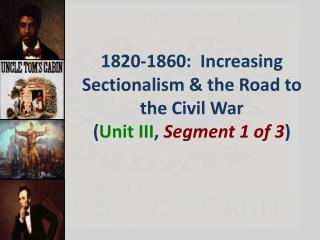 Nationalism v Sectionalism - . important questions. what is sectionalism? where do you suppose this concept originated?