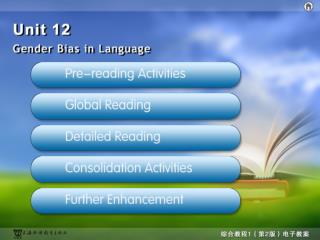 Unit12 Fact and Fantasy Reading - . 陈雪芳. reading. jules verne the father of science fiction. who is the father of

Unit 12 Integrated Skills - . aims of the unit: 1.to know the necessity of integrating the four language skills in elt

Unit 12 What’s the best radio station? Period 1 - . merry christmas. december 25th---christmas day. one of the most

Unit 12 Stoichiometry - . stoichiometry. describing the relative quantities of reactants and products in a chemical