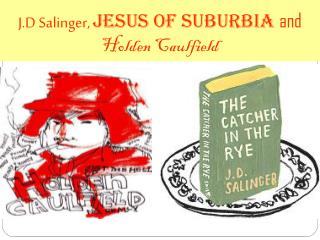 Aim: How does Salinger utilize characterization to reveal the theme of adolescence? - . do now: please read the following

Automated Guided Vehicles (AGVs) Different types and how they are used in factories By David Holden October 27, 2010

Catcher in the Rye -- J.D. Salinger - . index:. conspiracy! quick introduction the characters the plot the themes the

NOTHING BUT THE BLOOD OF JESUS What can wash away my sin? What can make me whole again? - . for my pardon, this i see for

The catcher in the rye by J.D. Salinger - . welcome back to the last quarter of your junior year!. today informal

‘Jesus died for our sins’ what do we mean? - . a comprehensive look at the death of jesus and what it means for us.

Jesus And The Bible - . can we believe in jesus without believing in the miracles and historical events of the bible?.