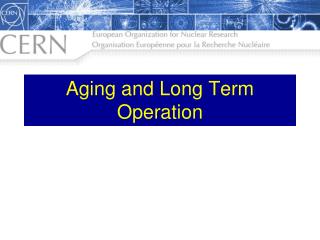 Aging and Long Term Operation. Aging Effect in Wire Chambers. The degradation of operating conditions of wire chambers under sustained irradiation are the main limitation to the use of gas detector in high-energy physics. Long-Term Care and Aging in the Community – An Overview - . presented by courtney burke nelson a. rockefeller institute

Long Term Care and Aging Expert Shares Expertise With Georgi - (1888pressrelease) over the last few years, there has been

Short-Term and Long-Term Investments Options - . module objectives. after completing this module you should be able